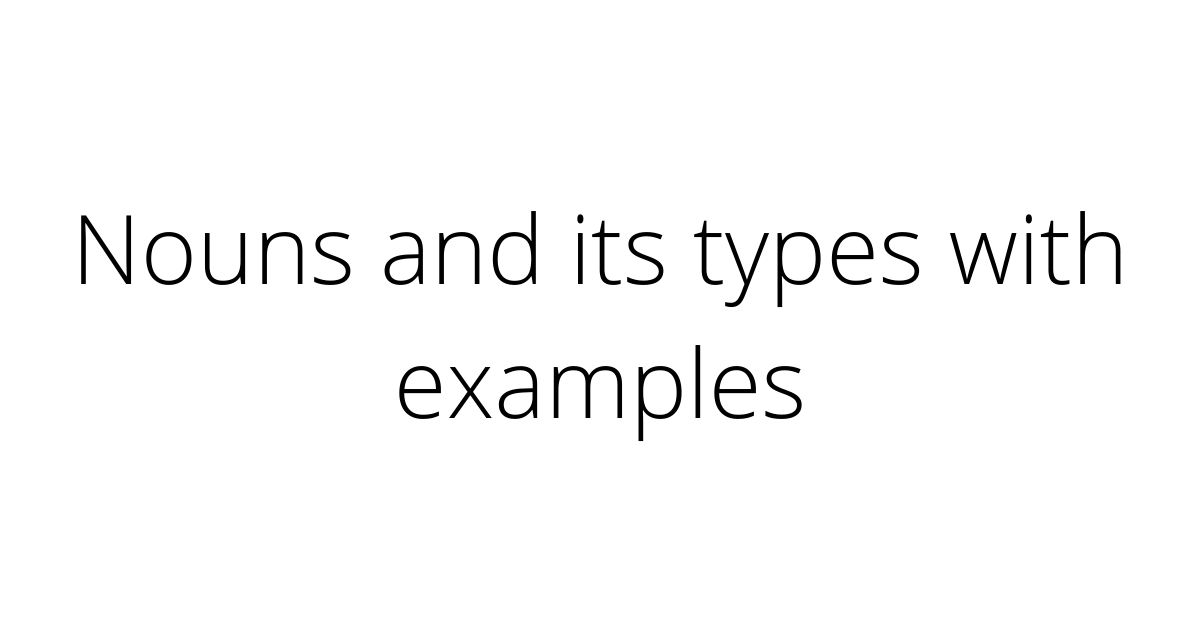 Noun:- noun is a name of any person, place, animal, thing, material and even emotions or ideas.

Person -A term for a person whether proper name, gender, title or class is a noun Such as: Mohan, Mr Oberoi, Lawyer, etc.

Animal -A term for an animal, whether proper name, species, gender or class is a noun. Such as: Jack, kitten, puppy, etc.

Place -A term for a place whether proper name or class is a noun. Such as. Agra,Delhi, Taj Mahal, etc.

Thing -A term for thing, whether it exists now, will exist or existed in the past is a noun. Such as: pencil, milk, water, etc.

Idea -A term for an idea, be it a real workable idea or a fantasy that might never come to fruition, is a noun. Such as: being hard worker, honest, etc.

John – Name of a person

Delhi – Name of a place

Read the following sentences containing nouns:
1. Madurai is on the river ganga.
2. Milton is an English poet.
3. Kamal is a fine dancer.
4. Internet is here to stay

There are mainly five kinds of nouns. These are:

Common Noun is a general or ordinary name of a person, place, animal, thing or ever.

A proper Noun is a special name for a particular person, place, thing or event. A proper noun always begins with a capital letter.

A collective Noun is the name of a group or collection of similar persons, animals or things.

For example:
1. A herd of cattle
2. A team of cricketers
3. A bouquet of flowers
4. A herd of elephants

Read some more examples of collective nouns given below:

An abstract noun is the name of such types of ideas, feelings, qualities or things which are not seen or touched but only thought of.

A noun is also classified as:

i. Countable noun:- It is the name of a thing which can be counted.

It includes:- Common and Collective nouns.

ii. Uncountable noun:- It is the name of the thing which cannot be counted.

It includes:- Material and Abstract noun.