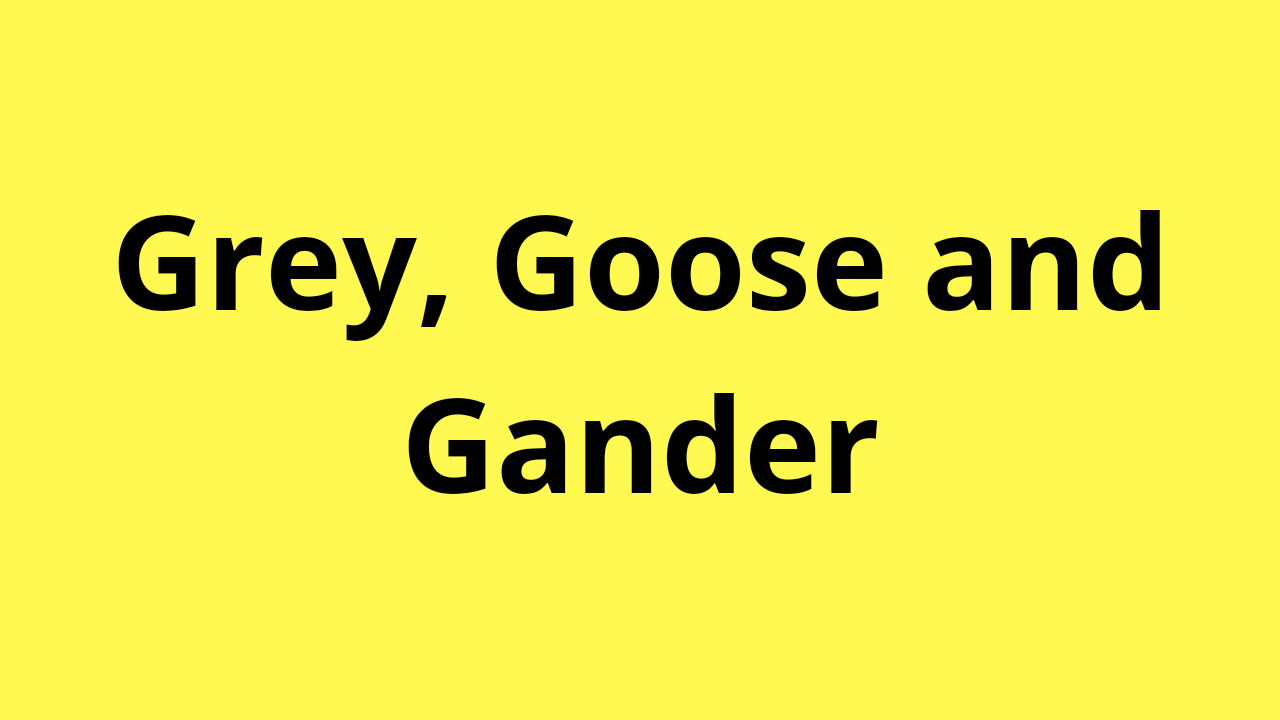 Once upon a time, there was a peaceful Kingdom. The king heart rumors that barbarians were going to attack his castle soon. So, he called his two favorite pets the huge grey goose and Gander. “My dear goose and gander, our kingdom is in danger.

Take my daughter to a safe place on the top of the tallest hill, “said the king. So, they grey goose and gander flew the princess who sat in a red sheet over the one-strand rivers to the top of the tallest hill. Six month has passed but the kingdom was not attacked. The king regretted his decision and told they grey goose and gander to bring home his daughter.

Then, the king understood that he had to be careful before taking actions based upon the rumours which need not be true. The king became aware of his discretion before taking any decision.

MORAL: You do not have to overreact just because you overheard rumours.

1 thought on “Grey, Goose and Gander”