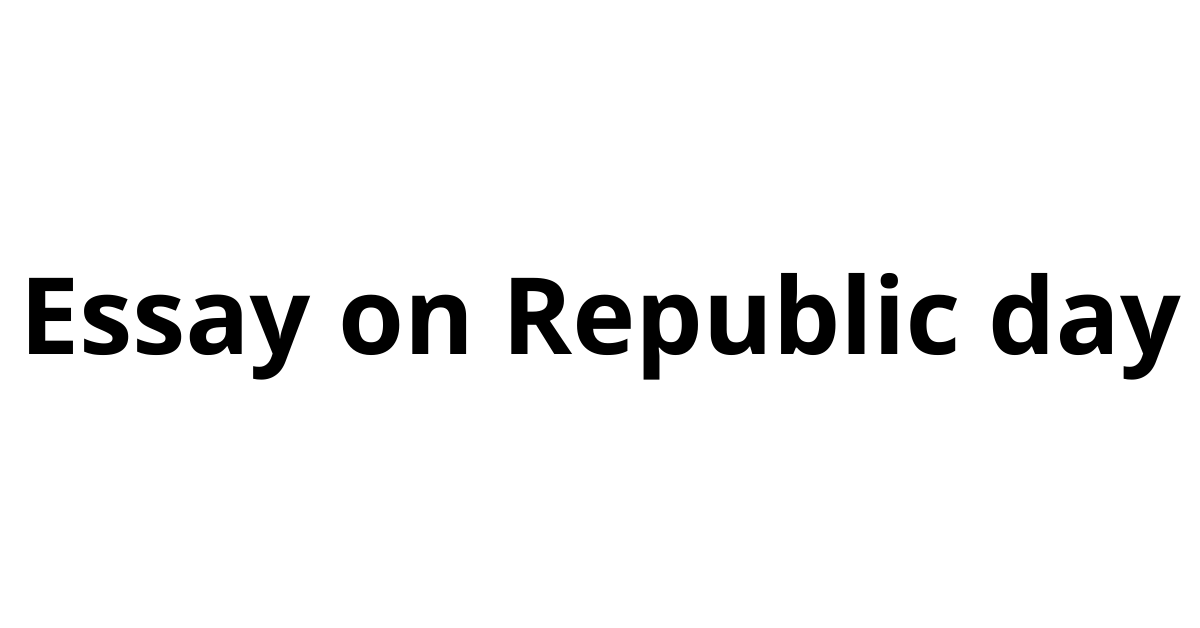 Republic Day is the day when India adopted its constitution. It was on 26 January 1950 that the Government of India adopted the constitution and since then 26 January is celebrated as the Republic day of India. It holds a special place in the lives of all the citizens of the country and is also a national holiday for all.

A Constituent Assembly was formed for this, which worked tirelessly for nearly two years. Diligently created the Constitution of India. In this constitution, India was declared a republic and The public was given the right to choose their own government through adult suffrage. This constitution Implemented on 26 January 1950. Since then we have been celebrating 26 January as Republic Day.

On 26 January itself, there was a special historical reason behind the implementation of the constitution. In the country before independence
Congress was the only national party behind which most of the people of the country stood.

In Lahore, in 1929 A national session of the Congress was held, demanding complete self-rule. Congress on 26 January 1930 Celebrated Swarajya Day. Determined to implement the Constitution of India on 26th January in memory of this day was done. Thus this great day was celebrated as Republic Day of India.

Republic Day with great fanfare across the country is celebrated. Village to village, Hoisting and flagging off She goes. Patriotic in School Colleges and Cultural events take place.

Republic day the grandest event takes place in Delhi, where Great from Vijay Chowk to Lal Qila. The parade is taken out. All three in this parade
Contingents and tableaux Is included. Gallantry award in parade Brave children rides out on elephants. The President of the country takes the salute of this parade.

Republic Day is a symbol of our national pride. By celebrating this festival, we can show our love for the country and Reveal the duty. On this day we remember our rights and duties. This makes us Reminds us of duties and makes us aware of our civic duties.

Republic Day is one of the three national holidays celebrated in India. On this day a special parade is organized in New Delhi. The President takes the parade salute. A grand parade is organized at Rajpath. All three wings of the Indian Army take part in it.

Flag rohan and cultural programs are organized in all the state capitals of the country. Flag hoisting programs are held in all government, semi-government, corporation and administrative offices.

Various events, sports and competitions are also organized in schools and colleges and winners are awarded.