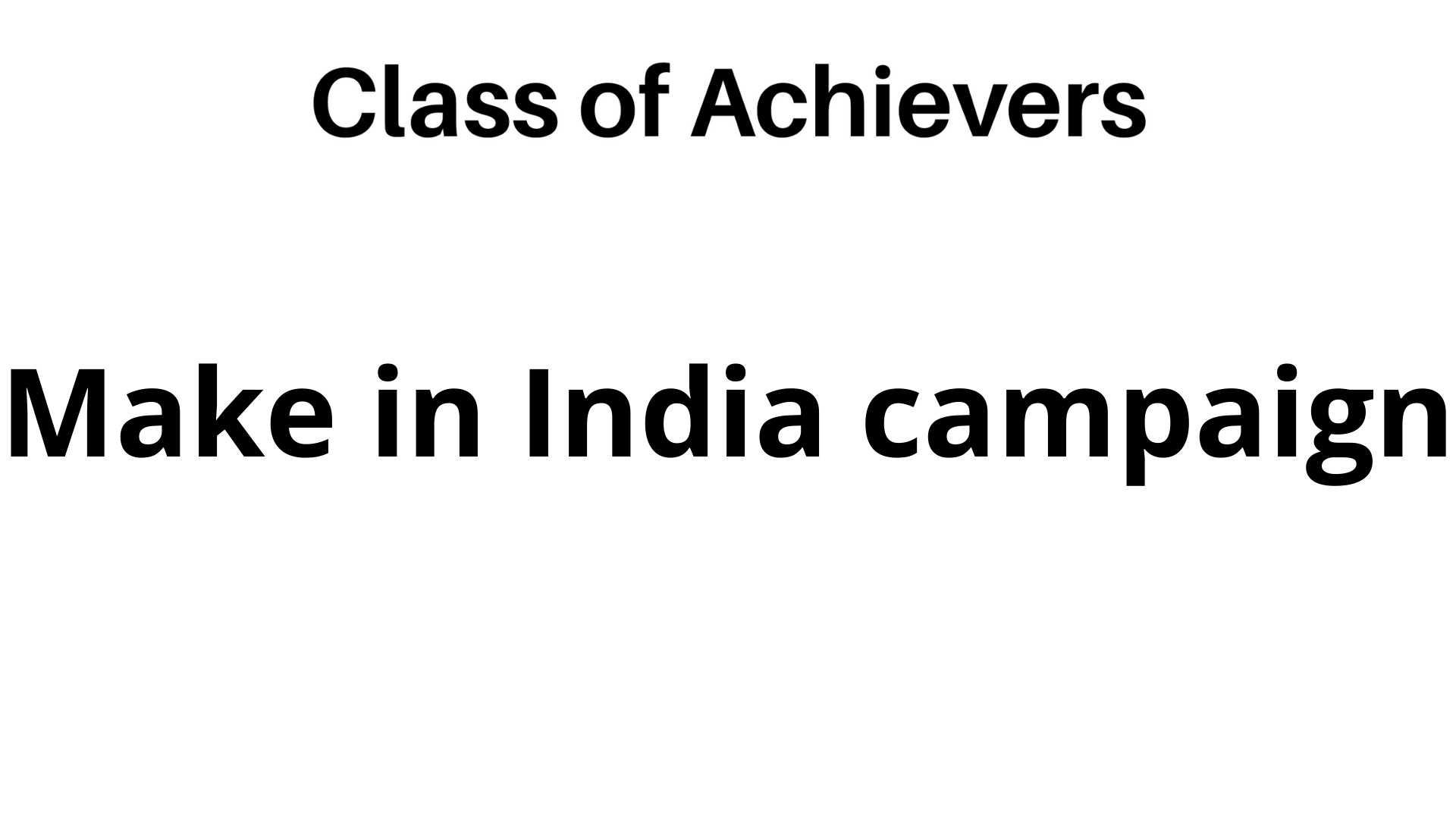 Essay on make in India campaign

Prime Minister Narendra Modi launched the ‘Make in India’ campaign at a high-profile event on September 25, 2014. Unveiling the campaign PM
Modi said FDI should be understood as ‘First Develop India’

Along with ‘Foreign Direct Investment’ while encouraging investors not to just look at Indin as merely a market but also on opportunity.

The Prime Minister pointed out that it was crucial to increase the purchasing power of
the common man to boost demand and thus spur
development.

Key thrust of the programme would he on cutting down in delays in manufacturing projects clearance, develop adequate infrastructure and make it easier for companies to do business in India.

The national programme aims at time-bound project clearances through a single online portal which will be further supported by the eight-member team dedicated to answering investor queries within 48 hours and addressing key issues including labour laws, all development and infrastructure.

The objective of the mega programme is to ensure that manufacturing sector which contributes around 15% of the country’s Gross Domestic Products is increased to 25% in next few years.

However, for making India an investment hub, the first and foremost important step would be to create an efficient administrative machinery which would cut down on delays in project clearances.
Economists say that India has been very stringent when it comes to giving procedural and regulatory clearances.

Besides a time and clearance from all regulatory authority would create a conducive
environment for business.

Delay in getting regulatory clearances lead to rice in cost of production. A leading multinational automobile major said, “costs of production in India increase because of various government policies,

procedures, regulations and the way some of the laws are implemented. “The quicker the government addressed these challenges its better for the industry to set up facilities in the country.

For providing better infrastructure for the industry, there has been a big constraint in term of land acquisition. Often land acquisition for the
industrial purpose run into trouble at the local level.

Economists have noted that with the globalization becoming a reality. Indian
manufacturers will have to compete with the best
and cheapest the rest of the world has to offer even
in the domestic market.

They urged for providing tax concessions to any industry which would set up manufacturing facility in the country.

Besides a critical aspect is
the country’s huge small and medium-sized industries which could play a big role in making the country take the next big leap in manufacturing.

Besides the skill development, labour law flexibility is a key element for the success of this
campaign for increasing manufacturing in the
country.

Notwithstanding the challenges faced in
making India a manufacturing hub, the country is poised to reap rich dividend for being one of the youngest nations in the world.

According to reports by 2020, India is set to become the world’s youngest country with 64% of its population in the working age group.

Although a sound beginning has been made for the Make in India campaign, now the ball is in the government’s court to ensure it’s success.