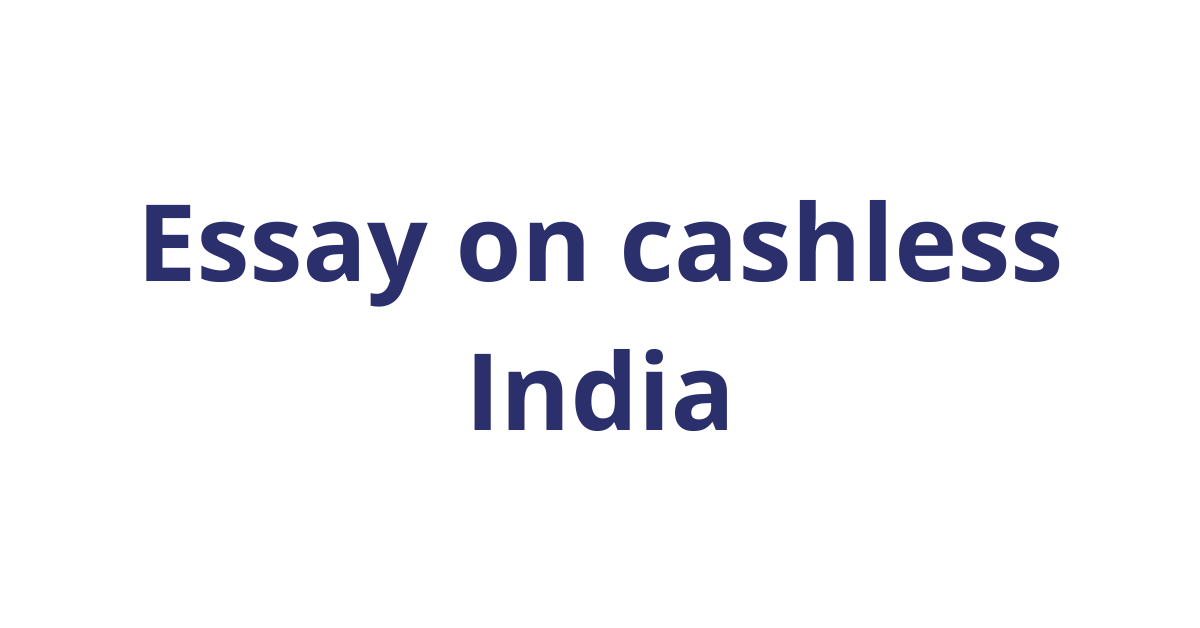 Cashless India is a mission launched by the Government of India led by Prime Minister Narendra Modi to reduce the dependency of Indian economy on cash and to bring hoards of stashed black money lying unused into the banking system.

Cashless India is a term coined recently after the Union Government went ahead with its plans to demonetize currency notes of 500 and Rs 1000. Initially, it led to severe criticism as people faced great difficulties in exchanging the old currency notes or withdrawing cash from their accounts in the banks.

According to the critics of the Government, adequate arrangements should have been made in advance to support the people in dealing with a cash crunch in the wake of this move towards cashless India. Also, adequate security measures are required to guard online transactions against fraud which is very common in India.

The critics further argue that due to unavailability of required cash flow in the market, many people died and lost their jobs, painting a scary picture of India becoming cashless post-demonetisation.

However, after the demonetisation of the currency notes of Rs. 500 and Rs. 1000, the country has witnessed a surge in cashless transactions through the digital mode, be it through credit/debit cards, mobile phone applications, Unified Payments Interface (UPI).BHIM (Bharat Interface for Money) app under Aadhaar Enabled Payment System (AEPS) or e-wallets, etc.

True, there are difficulties in implementing the idea of cashless economy in a vast country like India where a large number of people are living under misery and poverty, yet a beginning had to be made someday.

Today, there is a sea change in the mindset of people with regard to digital means of monetary dealings which are safe, easy, convenient and transparent. There is no place for black money or counterfeit currency in cashless India.

Cashless economy means transaction through e-banking method Le, through mobiles or computers Sweden was the first country to use the cashless economy. Narendra Modi, the Prime Minister of India introduced cashless economy in India suddenly giving a shock to the people overnight by announcing that 500 and 1000 rupees will not be sanctioned all over India.

So for a few months ll the banks were crowded for changing the 1000 and 500 rupees to new notes. After a few days, the PM gave another shocked by saying that cashless transaction will be followed here afterwards, But many oppositions came against it and leaders of congress and even citizen’s too refused to bring up that method of the transaction as poor people will not be able to have that many facilities and even infrastructure have not been well developed in villages.

So it is not possible for the Govt to bring a method of transaction like that in a country like India. will take another 20 to 30 years for the Govt. To bring up a facility like that.